The Agape Love of Edward Scissorhands

We are reaching the Christmastide season, which means I am absorbing myself in Christmas movies. As I was watching the classic 90’s movie, Edward Scissorhands, I couldn’t help noticing something Christ-like about it.

Jesus was born during the winter season which we can date to be on or near December 25th. His purpose was to die for us. A self-sacrificial love that happened on the cross. We call this type of love, agape, in Greek.

I’ve watched Edward Scissorhands many times, but as a Christian that agape love kept leaping out at me. If you haven’t seen it, there are some spoiler alerts. 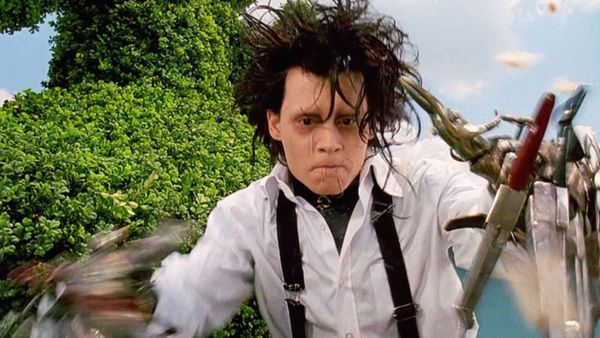 Edward was created by a loving creator, or "father," in a mansion above the hills many years before the movie plot unfolds. Before his creator could give him hands, he was left with scissors as hands. He was isolated. Left all alone and deserted. One might feel sorry for him.

The mother of a household, Peg, finds Edward and brings him to their home, with wholesome intentions, I believe. But as the neighborhood finds out about his artistic scissor-cutting skills, he becomes a pawn. Something, or rather someone, that is merely useful for their own greedy desires.

At first, Edward has no idea that he is being used. From his perspective he is simply offering his talents and abilities, or rather he is giving his love to his fellow neighbor, even if he can’t express it through word, but rather deed.

Sometimes Edward would isolate himself from others when he felt the pressure of the outside world, and he would use that time to create beautiful works of art. To some degree I can relate to that. 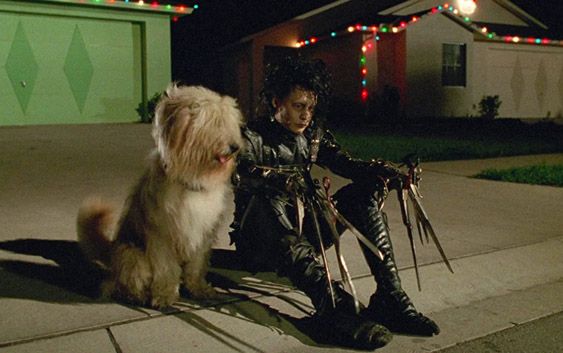 Edward Scissorhands has no idea he is being used by the “Me” generation. He has been isolated for years and doesn’t understand the outside world, yet is always willing to help a neighbor at a minute's notice. You begin to see him grasping at the concept human perception. How people perceive him and how he reacts to being used.

As I’m watching the movie I kept yelling, “they’re just using you!” Even though it’s just a movie, I felt pity for Edward’s situation. His agape, or self-sacrificing love for his fellow kin, resonated with me.

Christ was born on Christmas for a purpose, to offer his self-sacrificing love for us on the Cross. 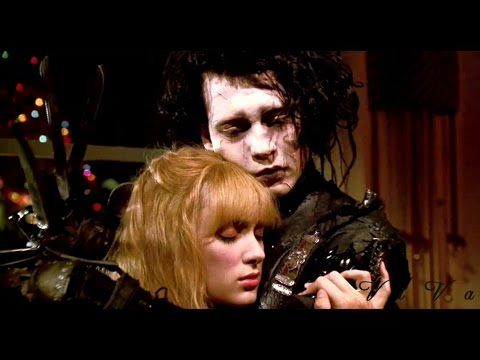 I know Edward Scissorhands is just a movie, and a good one at that. We can see symbols of his sacrificing love for his new family, just as we see Christ born in a manger, ready to die for us.

It eventually sinks in that Christ’s birth and that of Calvary are part of the same plan. To save us. Maybe Edward Scissorhands was brought to their small community to wake them up and realize how petty and materialistic they were. We could learn the same. We don't need materials, we don't need personal gratification. We need Christ! Only He is our ticket to Heaven.

Agape is the strongest form of love. It is sacrificial. It leaves no personal gratification. We have to leave it all on the table and give it to our Lord. He knows all about true love, agape.